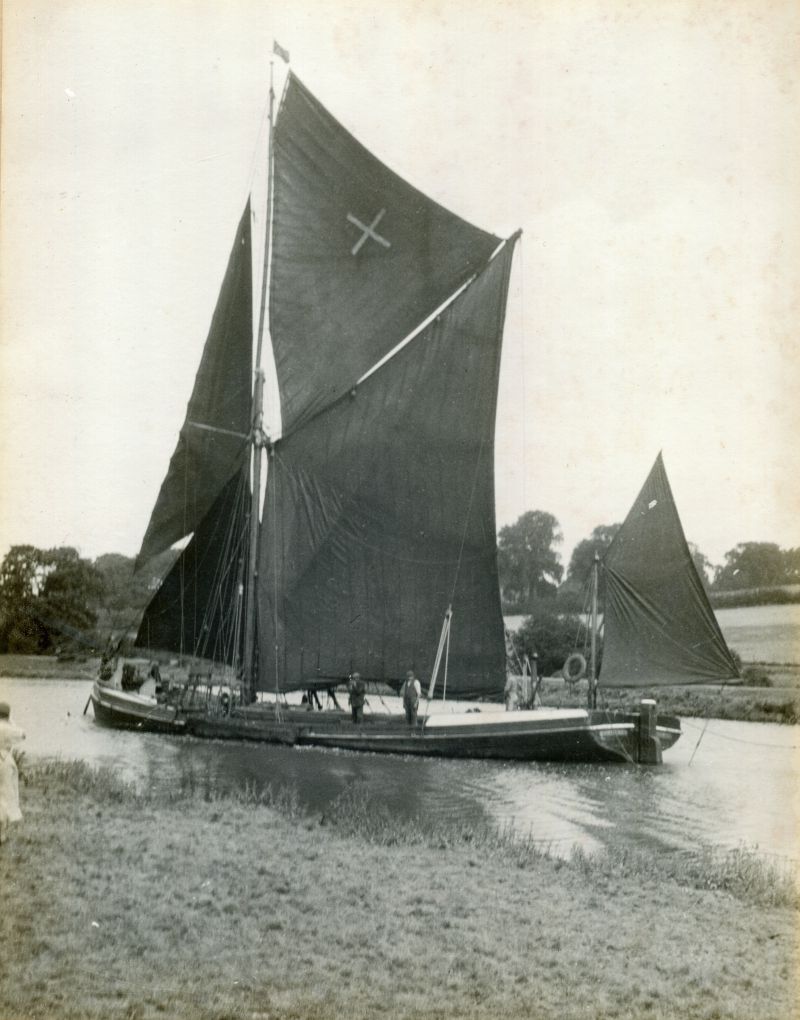 Barge on the River Colne near Colchester.
Not identified, but Ron Green writes:
One of Paul's by the X in the topsail. It's one of their 'Rivers' class - i.e. Stour, Colne, Orwell, Waveney etc. I don't believe any of them were with Paul's fleet after the war so this would be a pre-war picture.
This barge has 'Chain and barrell' type steering, a popular replacement for tiller steering. It consisted of a short metal tiller in place of the large wooden one (Giving the matter further thought, what I thought was a hole for the tiller is more likely a large nut on the end of the metal tiller). A continuous chain ran from the short tiller out to a pulley to the side, back to and round a small barrell on the end of the spindle coming from the steering wheel, across to a pulley on the other side and back to the tiller. The other type which is used by the surviving barges is recognized by the box covering out over the rudder head.
Pauls sold all of their 'Rivers' barges in the 1930s COLNE sold 1930, STOUR 1932 to H.A.Cunis for the Colne sand and ballast trade, WAVENEY 1933 to become a yacht, ORWELL 1937 and GIPPING 1938 to T.F.Wood to become powder barges.
Date: Before 1939