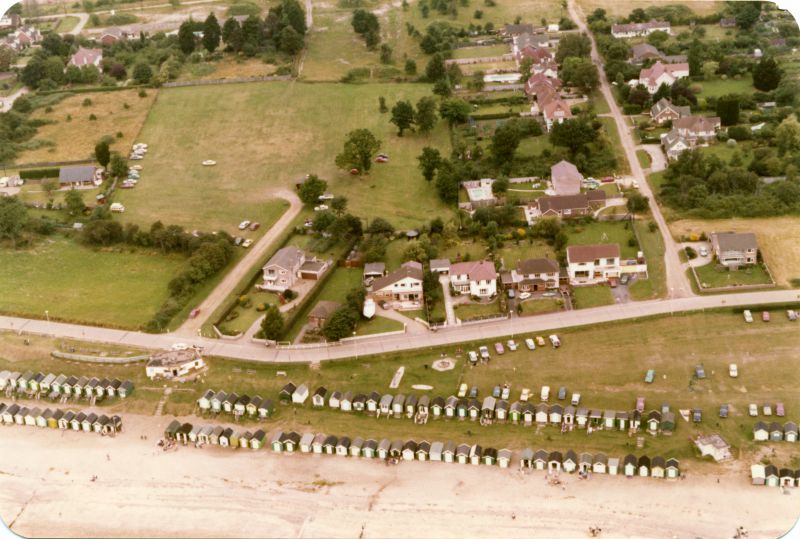 View looking north of part of Victoria Esplanade, West Mersea. Two Sugars Cafe - Gun No.1 emplacement [MCC7269] to the west of it appears to have been recently demolished. Willoughby Car Park behind.
Further east by the road in an area that is now a childrens playground, is the hexagonal base of a former pillbox [ Colchester Heritage Explorer MCC7252 ].
There was also a rocket launcher in this area - just a metal frame. A story from the Home Guard is that when they were firing it later in the War, something went wrong and instead of going out to sea it roared off inland and landed by the Strood. [Ron Green]


Top
This image is part of the Mersea Museum Collection.